STILL AVAILABLE | OFFERS AS THEY COME × 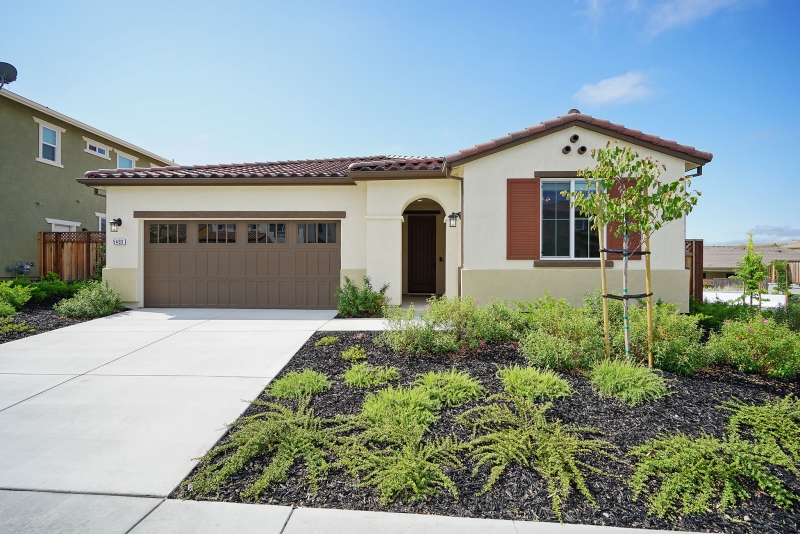 In addition to $17,135 worth of upgrades, energy efficiency, superior building techniques and craftsmanship is an understatement in this masterpiece…review for yourself:

As you enter this masterpiece, you immediately experience the awesome openness via the high ceilings and extra wide ceramic tiled corridor. Natural light exudes from its very being, immensely lighting each square foot of this beautiful home. Open living floor plan complimented by pergo floors allows for great entertaining, as you sit around your gas fireplace, or drink coffee and eat breakfast at your spacious breakfast bar.  If you desire a more formal dining experience, you can dine in your adjoining dining room.

Bostonian style interior doors, with Schlage Seville lever handset hardware in polished chrome, is just the beginning of the attention to detail in this masterpiece!

Park Ridge is located in the great City of Antioch, Ca in Contra Costa County.

Centrally located, close to all major shopping centre:  Slatten Ranch, Lonetree Plaza, Lowes, Home Depot and Walmart, The Streets of Brentwood, Sand Creek Crossing just to name a few.  As well as a plethora of eateries and entertainment venues.  Close to all public transportation and freeways for easy commuting.

Antioch is one of the oldest towns in California. In 1848, John Marsh, owner of Rancho Los Meganos, one of the largest ranches in California, built a landing on the San Joaquin River in what is now Antioch. It became known as Marsh's Landing, and was the shipping point for the 17,000-acre rancho. It included a pier extending well out into the river, enabling vessels drawing 15 feet of water to tie up there at any season of the year. The landing also included a slaughterhouse, smokehouse for curing hams, rodeo grounds, and even a 1½-story dwelling, embellished with fretwork, that was brought around the Horn to serve as a home for the mayordomo (manager) and his wife.[14]

In 1850, two brothers, William and Joseph Smith, founded a town slightly west of Marsh's Landing, and named it Smith's Landing. In 1851, the town's new minister persuaded the residents to change the name of the town to Antioch, for the biblical city of Antioch.[15]

Around 1859, coal was discovered in several places in the hills south of Antioch and coal mining formed the first substantial business apart from farming and dairying by the inhabitants of this community. This new industry resulted in the founding of the towns of Nortonville, Somersville, Stewartville, and Black Diamond (now Pittsburg), and added greatly to the economic activity of the Antioch area. The Empire Coal Company was formed by John C. Rouse and George Hawxhurst in 1876, which built a railroad that passed from Antioch toward the mines over what is now "F Street" (formerly Kimball Street). However, later on, both the mine and the railroad passed into the hands of the Belshaw brothers. The mines have long ago ceased operation, and the railroad tracks have been dug up, though the building that served as the Antioch terminus of the railroad still stands on the corner of F Street and Fourth Street, and the grading and trestles still remain much as they were in those early days.

In 1863, a great excitement arose over the discovery of copper ore near Antioch. Smelting works were built at Antioch, and fifteen to twenty-five dollars per ton was paid for the ore. Later the copper bubble eventually burst, to the dismay of the citizens. Petroleum was first drilled for near Antioch in 1865, but not enough oil was found to make a decent profit.

The Antioch Ledger was first issued on March 10, 1870. In memory of when the paper was formed, a copy of its first issue has been framed and hangs over the desk of the present editor. The sole news item is a report with editorial comment on a women's suffrage meeting that had just been held in the town. The Ledger later merged with the Contra Costa Times and printed its last issue in 2005.[16]

Today, Antioch is mainly a "bedroom" community, with most adults working in larger cities toward Oakland and San Francisco. The town has grown in the last 30 years, as the population of the Bay Area continues to grow, and real estate prices force families to move towards the outskirts of the Bay Area.

Park Ridge is a Davidon Homes Community. Davidon Homes founded in Walnut Creek, California, in 1982, Davidon Homes is a privately-held, award winning homebuilder with a widely recognized reputation for combining old world craftsmanship with new world innovation. With an over 35 year tradition of excellence in home building, Davidon Homes takes great pride in first building a foundation of trust and respect with each and every home buyer. It is from this solid foundation that houses become homes and communities become neighborhoods.

An unwavering attention to detail and sensitivity to the diverse interests of today’s homeowner de­fines the renowned custom quality found in every one of our new home communities. By designing innovative, lifestyle-friendly living environments in the most desirable and sought-after locations, Davidon Homes continues to fulfill the dreams and create pride of ownership for thousands of home buyers throughout California.
Davidon team members, along with our valued trade partners, work together to ensure a satisfying and rewarding experience for all of our homebuyers, and to ultimately create a home that provides style, comfort, energy efficiency, and enduring value for years to come.

OFFERS AS THEY COME!